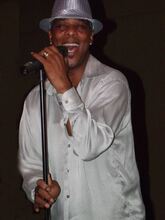 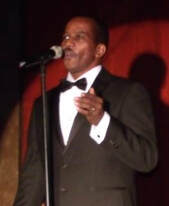 Levi Long
Was born in Ocala, FL. and grew up in Saginaw MI., home of Stevie Wonder, LJ Reynolds of the Dramatics, Madonna and of course    close to Detroit home of Motown. His love of music was sparked by his twin uncles who were long time vocalists, and Motown was interested in them back in the day. Some of his favorite artists and influences are the Ojays, Eddie Kendricks of the Temptations,  Earth, Wind & Fire, Jeffrey Osborn, and so many more. He has performed at numerous weddings and events in Michigan, Kentucky, Ohio, New Mexico, Las Vegas NV, and Sacramento, CA. He moved here to  SW Florida several years ago  where he met Greg Miller. Levi was at Shoeless Joe's in Ft Myers when a  woman told him you have to meet this guy Greg Miller, Levi drove to Marco Island to one of Greg's shows and that is how they met. In 2006 he joined Greg Miller & the Tributes  and eventually Greg Miller's Motown Magic. Levi owns a Appliance Sales and Repair Service Company, which unfortunately that doesn’t leave much time for singing. He is  currently a member of Greg’s newest venture, we are called the Tributes and will be doing Tribute shows the great artists of Classic Soul and Motown soon.
Garnett Salmon 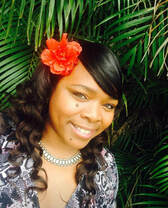 Rashae was born and raised in Fort Myers FL.  She has enjoyed singing and entertaining since age 7. She has entertained in talents shows, local parades and local venues in SW Florida .  She joined Greg Miller's Motown Magic in 2015 and sang with them on Thursdays at the Firehouse Sports Grill in N. Ft Myers until they closed in 2016.  During the day Rashae  is a real estate agent with the Century 21 Selling Paradise.
Anthony Manuel